Would you like to switch to the accessible version of this site?

Don't need the accessible version of this site?

HELP! MY GUMS HURT WHEN I FLOSS! 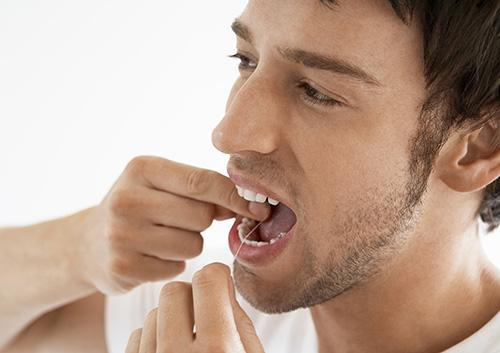 By no stretch is it rare for your gums to hurt during and after flossing. Even some bleeding is to be expected. This is especially true if you have not flossed in a long time. However, if your gums do indeed hurt when you floss, and unbearably so, there are some things you can do.

Perhaps the most obvious way to combat gum soreness and bleeding is to be gentle. One of the most common occurrences of these gum problems is over-aggressive flossing. In other words, if you are too rough on your gums while flossing, either because you are out of practice or because you are in a hurry, soreness and hurting is to be expected. Instead, try taking your time and be gentle. Also, if you are just starting out, be patient and consistent, your gums will become more conditioned over time.

Use an Alternative Method

If being consistent and gentle does not work, there are other alternative methods of flossing that you can try. You can also try a water floss machine, or what is sometimes called a water pick. The device essentially shoots water into the crevasses between your teeth, and in other areas of your mouth, in order to dislodge food and plaque. These oral instruments also come with different attachments that allow you to reach many of the hard to see and reach areas of your mouth. And lastly, you can always buy floss that is not as abrasive to your gums. There is floss that comes with soft and gentle coatings that will do less harm to your gums while they are adjusting to the good oral hygiene habit you are creating.

Flossing is one of the easiest parts of oral hygiene to overlook. When you first start out, it is common that you may want to stop because of the pain it can initially cause. However, if you try one, or all, of the above mentioned methods, you will give yourself the best chance of being success with your flossing, and it won't hurt as much.

For more flossing tips, schedule an appointment at our Camarillo, CA office and askDr. McCarthy or a member of our team!

Send Us an Email

Find us on the map

Our Regular Schedule - Special Hours Can Be Arranged